Tales from the Coffeeshop:Truth about our caring, sharing co-ops is revealed

MUCH as we hate foreigners meddling in our affairs and reminding us that we are not as infallible as we think, this is no bad thing as it forces us to face reality, something we are not inclined to do very often.

On Thursday a foreigner, by the name of David Lascelles, took on the sacred cow of co-op banks, shattering the myths and illusions, maintained for decades by the great and the good of Kyproulla, about the grossly exaggerated contribution these organisations supposedly make to our society.

And the irony is that our Central Bank, the independent governor of which is a big fan of co-ops, hired Lascelles to carry out a study of the future of the banking sector. Presenting his interim report on Thursday, he said co-ops had an exceptionally poor business record, their structure was obsolete and had become a “quite a cost to the economy”.

He also asked why the co-ops would be given €1.5bn from bailout funds to cover their capital shortfall. Surely, for the sake of consistency, their depositors should have been bailed in as had happened at the B of C.

He also proposed a complete overhaul of the co-ops and their merging into a single bank, even though he realised these unregulated, micky-mouse banks (not his words) were “politically popular”.

Lascelles obviously know what’s going on, even though he may have never witnessed how our politicians turn sentimental and their eyes fill with tears when they talk about co-op banks. They get more emotional talking about the co-ops than our occupied villages.

THERE are several reasons for this, the most important being that co-ops are made up of members of the communities they serve that represent a lot of votes. Another reason is that political parties and unions control them and have been using them for good old-fashioned rusfeti purposes, such as jobs and loans for the boys.

That is why they are a model of overstaffing, mismanagement, cronyism and incompetence, run by political placemen who have developed one major skill – covering up for each other and keeping their dirty laundry well hidden. Many prominent Akelites have served as bosses of co-op banks, the current president of the Pancyprian Co-op Confederation, being a commie deputy.

And the big boss of all the co-ops for the last 32 years, Erotokritos Chlorakiotis who announced his decision to take ‘early’ retirement 10 days ago in order to make way for new blood, was a DIKO stalwart. He was appointed head honcho in 1981 by the father of modern rusfeti, the late, great Spy Kyp.

You do not have to be an expert on banking like Lascelles to know that co-ops run by the political parties and the losers they appoint would have been much worse run than the banks – a banking equivalent of Cyprus Airways.

THIS WOULD be the third time the taxpayer will be bailing out the socially sensitive and caring co-ops. In the late seventies we paid 22 million pounds and in the late eighties 67 million pound which was big money back then. Of course nothing compares to the €1.5bn that we will have to pay now.

Why haven’t our deputies who have been investigating the goings-on at the banks not done the same about the co-ops? Do they consider the required one-and-a-half billion that the taxpayer would be repaying for the next three decades, too small an amount to justify an investigation of what went wrong at the mickey-mouse banks?

Meanwhile, Chlorakiotis, announcing his early retirement, after 32 years in the job, told us that the co-ops had a capital adequacy indicator (whatever that means) of 26.15 per cent for this year and plenty of liquidity. They also had one billion euro deposited at the Central Bank.

It is one of the big mysteries of modern banking how such a healthy credit institution, with an abundance of liquidity and capital, would require a €1.5bn bailout. Could it be the target of a foreign conspiracy?

BIG CO-OP fan Professor Panicos, whose fondness of the movement dates back to the time he was living in obscurity as an unknown academic in the English Midlands and was commissioned by the movement to prepare a study on the negative effects of the liberalisation of interest rates, landed himself in the merde again this week.

Interviewed for a German TV documentary, that was broadcast last week, the professor implied that the ECB was happy to carry on granting ELA to Laiki to give a chance to German and French banks to withdraw their funds which were in fixed-term deposits earning high interest.

This was seen as a direct dig at ECB boss Mario Draghi and picked up by the German press which made a big fuss about the matter directing its fire at Frankfurt. The professor claimed his comment had been misinterpreted by the Kraut hacks, but he will need to do a lot more grovelling and apologising to Draghi when he next sees him in person, because if he loses the ECB’s support, his days as governor may be numbered.

He should also get his story straight. A few months ago he said he kept approving extra ELA for Laiki because the Tof government did not want it wound down before the elections. Now he is claiming that it was the ECB that wanted it kept afloat longer, in order to protect big European investors. Whatever the story one thing is clear – the governor was blameless, an innocent, independent official just obeying orders.

Kats’ widely-recognised smartness was displayed the other day when he was responding to criticism by DISY, that AKEL had lumbered us with the memorandum. The smart commie had this to say: “A memorandum that had not been signed could not have been brought by anyone. DISY must decide: Either Demetris Christofias brought the memorandum or he is to blame because he did not sign it. It cannot be both.”

This is not an example of smartness, but of Stalinist sophistry, which Kats is the master of. He gave another example of it when he said: “I made a three-minute statement on the radio and he (DISY deputy Prodromos Prodromou) needed 15 minutes to comment on it, which alone proves what the reality is.”

I need only five seconds to comment on Kats’ three-minute statement – what a load of absolute nonsense – which alone proves what the reality is. It is that you can either be smart or an Akelite. As the smart one would say, “you cannot be both.”

IT COULD not have been called the University of Cyprus if its top academics did not embrace the Cypriot public sector practice of taking as much moolah as possible from the state. The auditor-general highlighted the issue of allowances paid to our top academics, over and above the big salaries they pocketed, saying these were not justified.

Like any public parasites union would have done, the senior academics abused this measure for personal gain. When the university was set up in 1990, in order to attract high-calibre academics, it was decided that an extra monetary incentive would be given – a monthly allowance of about a grand – in exceptional circumstances.

Gradually, these ‘exceptional circumstances’ became the norm. All professors (11K) and associate professors (6K) are now paid monthly allowances which have become a conquest of the down-trodden working people of our state university. This is the union way of rewarding academic excellence, which must be extremely high as our state university academics are among the highest-paid in the world.

GREEN demagogue Giorgo Pordikis was outraged to note that, while the rest of society was suffering the consequences of the economic crisis, academics wanted to maintain their high wages.

He was shocked that the educational elite of our society displayed such selfishness at a time when there were so many unemployed youths and wage-earners struggling to make ends meet. He was worried that these academics might “be teaching our children to look after number one and how to secure an easy life”, which he hoped was not the case.

Strangely the holier than though tree-hugger never expressed such concerns – perfectly legitimate – about our self-serving, secondary school teachers who threaten to go on strike whenever their easy life and high earnings are threatened. Secondary teachers influence a lot more kids than the professors of the university.

He is not bothered about school teachers teaching our kids selfishness, because they represent many thousands of votes.

THERE is not always space to include comments made by people who feel that our establishment has been unfair to them, so we have decided to deal with a couple of them today. On June 9, we had provoked the ire of the supporters of former Environment Commissioner Charlambos Theopemptou, by suggesting that he was also using a petrol-guzzling car, with high carbon emissions, provided by the state.

In a comment in the online edition of the Mail, Theopemptou pointed out that this was wrong and that the Commissioner’s car was an environmentally-friendly hybrid Honda, which was passed on to his successor. And although we had never seen him going around town on a bicycle, it did not mean that he did not use one.

As he said in his post, he regularly used a bicycle and our establishment is happy to put the record straight. It would also like to apologise for mischievously implying that Theopemptou was less committed to protecting the environment than he claimed.

IN THE SAME issue, I had asked to be told by Professor Panicos’ spin doctor Aliki Stylianou where in the preliminary MoU, it said there was “provision for an amount of €10bn for the re-capitalisation of the Cypriots banks,” as she had said in a statement, after a row in the legislature about the fire-sale of the Cypriot banks’ operations in Greece.

The following day I received a reply, with the draft MoU of November 29, 2012, and the reference I was looking for highlighted. It was on page 4, but I am not inclined to interpret it in the same way as the spin doctor and her boss.

The Mo U said “… a bank support facility of up to EUR [10] billion is foreseen under the programme, which will also cover potential future capital needs, determined on the basis of a top-down capital exercise, as well as potential resolution costs.”

What the Central Bank has omitted to mention is the significance of the use of square brackets in working documents produced by EU bodies. Square brackets signify that NO agreement has been reached on the figure or phrase inside them. Sometimes whole sentences are placed inside square brackets in documents that have not been finalised.

So it was a bit crafty to claim there was “provision for an amount of €10bn for the re-capitalisation of Cypriot banks”, when the figure had not been agreed by the troika.

I do not think it is our establishment that needs to offer an [apology] in this case. 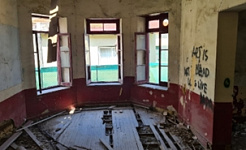 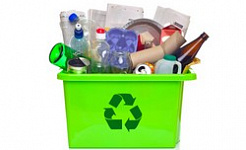 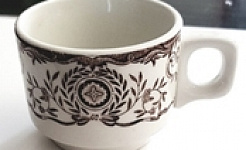 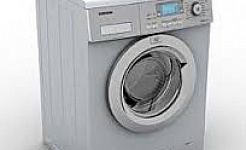 The Right to Repair

The European union has for a long time now been trying to reduce waste as part of the Circular Economy package but also because of its long standing policy to favour practices for waste reduction.In its circular economy package EU, is pushing for an extension…