First of all I need to thank you for the great honor of inviting me here tonight and for the opportunity to talk about a topic which is so dear to my heart.

The never ending meetings, the constant shifting of responsibility and the lack of professional handling of the situation that led to the tragic events of July 11th 2011, have been the only topic of discussion since that day in July. The whole situation here is worthy of examination because a number of people, most of them professionals did not do their job right and the nightmare of those who knew the dangers, became a reality to all of us with 13 people dead, 65 wounded, the loss of 60% of the electricity production capability and an immense blow on our ailing economy.

And doing the job right is a professional responsibility that society rightly expects from university graduates. But these days unfortunately this is not enough.

Today a professional needs to be able to apply his science both responsibly and ethically towards his employer, the society in general and the environment.

I remember in my days as a student, finding a low cost solution was the norm and was automatically accepted without any concerns to the environment and hence the society at large.

These days as you have seen and heard, seeking out a cheap solution is no longer acceptable on its own.

If one examines the environmental problems of Cyprus its easy to identify that most of them are due to the fact that the lowest cost alternative was always selected almost by default.

Some years ago, it was considered a cheap solution to dump our waste into a nearby landfill at a place that was chosen with the only criteria of being close in order to save time and money.

As a result, we have 114 large and officially acknowledged landfills, and about 900 smaller ones all over the island. No recycling, no waste reduction policies, no worries about ground, air and water pollution bothered decision makers at the time.

They knew of course that this was not a sustainable solution but they felt they were doing the right thing, because it was cheap!

If you contrast modern buildings in Cyprus with the traditional Cypriot house you will easily spot among the two the design differences of the windows and doors.

Most old buildings used to have either design features for shading windows and doors or they had an external wooden addition that provided ventilation but prevented the sun from reaching the inside of the house.

In our so called modern buildings we no longer provide external shades for our windows and doors because it is cheaper not to!

As a result the strong summer sun enters the house and makes it unbearably hot in the summer making life difficult for the residents who are then forced to install air-conditioning, thus increasing the energy consumption of the island.

These are just two examples where low cost was the only criteria applied at the time. No consideration for the environment, the shifting of the cost to future generations or that the user of the house will leave in a good looking but extremely wasteful house.

There many examples like this in the past but unfortunately quite often this is still the current practice. And I don’t need to remind you that it was cheaper not to build the cover over the containers with the explosives to protect them from the sun.

Completely opposite to the cheap alternative, is the expensive option that suits the selected few, without consideration to the environment or the society.

This is what I would call both unprofessional and unethical practice.

There many examples of this in Cyprus like for instance the placement of a fishing harbor or a sewage treatment plant using political instead of scientific criteria, the promotion of passenger cars without paying attention to public transport cycling and the pedestrians, the destruction of green spaces for the financial benefits of the selected few, the passing of roads through parks and many others like these.

It’s not difficult for someone to find excuses for this kind of behavior which is common to many countries. Very common of these excuses, is ignorance and old school practices.
When young graduates start work they sometimes get carried away with their day to day tasks, they feel confident as they get older, and they do not feel that what they do, might be outdated or damaging to the community and the environment.

And remember that once people get in this mood the resist change !

So it is important that as you enter the workforce, to follow the latest developments in the profession and keep an open mind to the needs of the society, the environment and hence future generations. This is what a good professional should do.

Another common problem is blindly copying what others are doing even though your gut feeling tells you that this is wrong.

Remember, an ethical professional will keep doing what is right no matter what is happening around him or her in the workplace.
If you don’t pay attention to these warnings, you will soon become one of the people that you now dislike. And in the coming years others will dislike you.

If you really love your country you must try to be professional in what you do, follow the latest developments and practices in your profession, and try to be as ethical as possible in how you take decisions.

In Limassol we had a small “revolution” in the last few months that made me very happy. A “revolution” everyone wished for years.

The decision of the Cyprus Tourist Organization to demolish the existing building and built a 4 layer car park and restaurants in the much loved Dasoudi area, has angered thousands of us, but has also given me reason to be proud of our youth.

For years now we wished for young people and students in Cyprus to get up and fight for a worthy cause. We keep seeing the youth and students of other countries out demonstrating on various issues from climate change to human rights.

We never ever had anything like this happening before. Previously young people used to go out on the streets demonstrating but it was either on issues affecting them and their own interests directly like for instance university fees or of course demonstrating against the Turkish invasion of 1974.

But now we had something new, young people, students and young professionals were the driving force behind the fight to save Dasoudi.

I am involved environmental issues for many years now and apart from the many fights we had in the 1990’s such as to close down the polluting Rainbow factory in Akaki, or to stop the expansion of the Anassa hotel in outskirts of Akama, we never had anything like this in Cyprus since then.

The European Union Directives and regulations give you all the legal tools to get up and fight for a good cause and you should use them.

First of all you have the right to access environmental information and nobody can stand in your way in getting this.  So use it !

More crucial to the whole process is your right to participate in the decision making process of public authorities.

Up to now people did not respond to calls to participate. I am also very sad to note that both university staff and students are very reluctant to participate in public consultations and I hope that this will soon change.

So seek out the opportunities and participate!

Another tool given to you by the European Regulation is your right to challenge government decisions to European courts.

So go ahead and sue the decision makers that you think are harming the environment and your future!

I sincerely hope that the change in behavior that we have witnessed lately will continue, and that you will show interest on many other aspects of public life.

And dear graduates, you should never ever forget what Mahatma Gandhi, this great leader once said:

“Be the change you wish to see in the world” 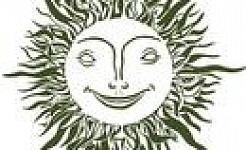 Original article Water has been rapidly disappearing in Cyprus since the 1970s, but conflict between Turkish and Greek communities means fixing the problem is not high on the political agenda. Alex Bell finds that Cypriots are now struggling for control of…